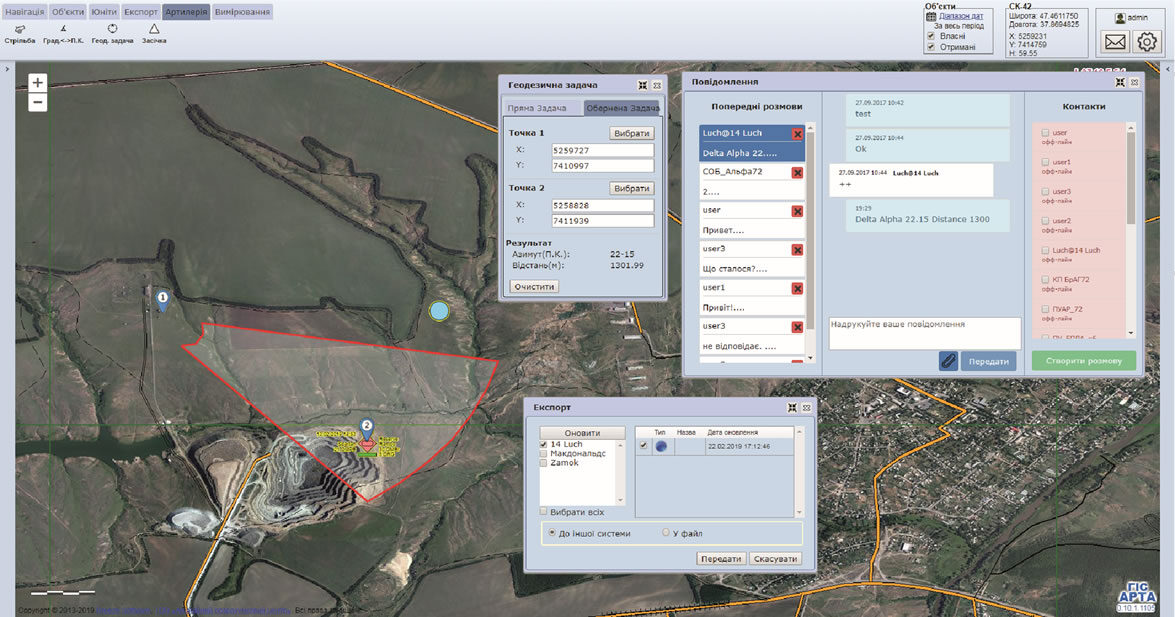 “Uber For Artillery” – What is Ukraine’s GIS Arta System?

by Mark Bruno
No Comments

Throughout the Summer, the US-built M142 High Mobility Artillery Rocket System (HIMARS) established itself as a symbol of Ukraine’s ability to strike back against building Russian momentum, perhaps even edging out the Bayraktar TB2 as the meme weapon du jour in the heated social media war. While there’s no denying that the HIMARS are having a measurable impact, UA artillery units have already been making use of a home-grown development that, in the long term, may make the biggest difference in the conflict’s asymmetrical artillery duals. This is the app-based GIS Arta targeting system, and the effects of its innovation may outlast that of any other tool seen in this conflict.

If you are looking for a way to help out civilians affected by the war in Ukraine, consider Help Us Help’s mission of aiding children and veterans impacted by the war since 2014.

Ukraine’s Artillery Situation At A Glance

For over three months, we’ve heard the calls from Ukraine for more advanced artillery systems, including NATO-standard 155mm howitzers, Multiple Launch Rocket Systems (MLRS), and self-propelled artillery pieces, such as Poland’s AHS Krab. These calls were answered by several of its European neighbors, and famously by the US with 16 of its HIMARS.

The justification for this was that, after Russia’s failed bid to capture Kyiv, the war entered a new phase that favored Russian military doctrine. In short: hammer everything you can with the longest range, heaviest artillery at your disposal. This is often done with little consideration to civilian casualties or damage to non-military infrastructure. After bringing to bear an arsenal of both conventional and rocket artillery amassed since the beginning of the Cold War, it’s unsurprising that UA’s artillery corps would find itself so dramatically out-gunned. Some reports from the Donbas claimed that the Russian artillery was dropping forty rounds to each one fired by Ukraine, and that Russia may be fielding up to twenty times the number of artillery systems. The losses these tactics have inflicted on Ukrainian defenders has been abominable, with estimates being between 100-200 soldiers killed daily in June.

For a more thorough breakdown of the lopsided nature of Ukraine’s desperate artillery situation, this August twelfth piece by the Kyiv Independent’s Illia Ponomarenko does a far better job than I ever could.

Another contributing factor to this has been Ukraine’s previous losses in the war against pro-Russian forces since 2014. The last eight years have resulted in a significant reduction in number of Ukraine’s longest range artillery. Famously, Ukraine’s retreat in February 2015 from Debaltseve forced them to leave a number of their heavy weapons behind. Many of these weapons were long range artillery pieces left over from the Soviet Union, and it took Ukraine’s infrastructure several years to develop any alternatives. It was only in October of 2021 that Ukraine was able to test its first domestically produced piece of 155mm artillery, the self-propelled 2S22 Bohdana. While tests showed that the weapon is capable in combat and able to integrate into current NATO structures, there has only been one confirmed unit ever manufactured. Kramatorsk, where the Bohdana was developed, is close to the front line, and has consistently been the target of some of the war’s most horrific missile attacks.

These more advanced systems that Ukraine is calling for are important because they require weapons with greater range for counter-battery operations. Without these more advanced NATO weapons, they will never be able to close the gap with a steadily advancing Russian Army. Sophisticated, long-range systems enable counter attacks at distances that Russia can’t easily react to. Ukraine finds itself in the position of needing to go longer range, react quicker, and be more precise than their adversary.

Thankfully, precision and reaction time haven’t been the problem.

In the opening phases of the invasion, the world seemed genuinely shocked with the effectiveness of Ukraine’s ability to withstand a much more powerful force. The UA was able to lay down extremely effective, precise, and sudden fires with limited resources. A lot of this credit was un-critically given to NATO-provided AT systems such as the FGM-148 Javelin and Saab Bofos Dynamics’ NLAW missiles. While they certainly made a difference, to compete with Russia, Ukraine needed to coordinate an all-of-the-above solution involving these NATO weapons, their remaining conventional artillery, mortars, AT crews, and aerial strikes from medium-range drones.

Such an effort would require a presumably sophisticated suite of software on par with those employed by the world’s most advanced militaries. It just so happened that Ukraine had been working on an affordable answer to this since late 2014.

An aspect of Ukraine’s economic development that has gone largely understated in mainstream American press has been the outsourcing and cultivating of engineers within its software and technology sectors. International giants Huawei, Magento, and Google all have a large presence in the country. It is reported that Israel’s technology firms collectively hired between 15 and 17 thousand Ukrainians prior to the invasion. Ukrainian tech hub, DOU.ua reported an estimated 250,000 IT specialists in December of 2021 employed in the country.

When Ukraine first engaged Russia and the Russian-backed separatists in 2014, their army found that they faced a number of tactical and systemic issues: not just a shortage of weapons, but also inaccurate fire from dated artillery systems, expired maps, under-trained soldiers, and unreliable geospatial intelligence. Despite these challenges, by the next year, Ukraine’s artillery corps had reformed their reputation. Revisiting the 2015 combat in Debaltseve, all reports indicate that UA’s fire support was extremely effective and likely life-saving. It can be speculated that this was due to an early implementation of GIS Arta.

In 2017, The League of Defense Enterprises of Ukraine was assembled to help coordinate the efforts of 75 private manufacturers, defense contractors, and technology firms for the purpose of rapidly meeting the country’s defense needs. Among the projects listed on their website was GIS Arta LLC. The company was alleged to be a small group of software developers with Yaroslav Sherstyuk being the only one named. Sherstyuk claimed that the idea was to develop a software for soldiers in the field that would function extremely similarly to a ride share app (Uber is named in several of the paraphrased quotes) in order to centralize battlefield intelligence and produce targeting information.

GIS Arta, shorthand for Geographic Information System of Artillery, uses a bottom-up approach to target selection. Forward observers, unmanned aerial systems, or other scout elements can share their observations of an enemy target’s location in real time over an encrypted network. These networks are multiband, and can utilize satellite, internet, and radio protocols across a number of devices readily available to all UA echelons. This allows for immediate verification of a target, and a kill decision can be made in record time at a command team’s TOC. The request for fire goes out to whatever element is the most available. The ubiquity of GIS Arta’s interfaces, being scalable down to an individual smartphone, means that the targeting assignment can be given to everything from the most sophisticated Multiple Rocket Launcher System, to the lowest-tech ambush crews on Ukraine’s Territorial Defense Force. Commanders can essentially pick targets at will, as long as they’re within their unit’s capabilities. Simultaneous fires from multiple vectors can be placed if deemed necessary, providing a joint-strike capability.

Some publications have been reporting that the system is a sort-of wonder weapon, claiming that it can put shots on target in under a minute with pinpoint accuracy. GIS Arta LLC claims a still record-breaking two meters of accuracy in as few minutes. A more candid interview with Germany’s MacWelt made a more measured claim of a strike launched from 15km away having a one minute duration from target acquisition to execution (not necessarily impact), with between five and six meters of accuracy. While not the miracle of optimistic, or possibly propagandized reports, these results would still be tremendously impressive, as these distances typically have a margin of error of over fifty meters. Twenty minutes would be considered notable, let alone less than two.

MacWelt provides more technical details: a hardened notebook connected to the internet via satellite acts as a real-time map server, containing all of the relevant battlefield data. The information is fed to the server from forces in the field via any available protocol, and implements 512-bit encryption. Essential to these connections have been Starlink’s satellites for data transfer between servers, which Russia’s electronic warfare tactics have proven ineffective against.

Any time one examines warfare from a technology enthusiast’s perspective, there can be a tendency to overlook the fact that an “effective weapon system” still means it’s become easier for a human being somewhere to kill another. There’s no doubt that GIS Arta, even if the system’s capabilities are exaggerated, provide Ukraine’s Army a particular edge. It’s an edge that they need in a conflict where they are clearly not the aggressor. Logistical realities and ethical considerations mean that more accurate, quicker reacting artillery can serve UA in picking more effective targets, save them crucial ammunition, and limit the possibility of harming civilians. Ukraine can demonstrate with this system that their artillery doctrine is, in every way, opposed to that of their invaders.

On a broader scope, it also demonstrates that a much smaller, less well-funded military is capable of maintaining technological systems for situational awareness and battlefield control that mimics many traits of far more expensive systems such as the US military’s Nett Warrior and Joint Battle Command Platform, or Germany’s ADLER.

According to the League of Defense Companies of Ukraine, GIS Arta is already being eyed by the civilian sector for disaster reporting, seismic event monitoring, and a number of other non-warfare applications once the war with Russia is concluded. That said, in other conflicts, GIS Arta provides a framework that can empower combatants’ coordination and mobilization, regardless of their motivations. Through the use of similar software and communications methods, atomized insurgents may be able to effectively coordinate as a larger force for ambushes. In urban warfare, among civilian populations, one could presume that there would be sufficiently available internet, enabling groups with none of UA’s communications resources.

Another understated implication brought about by the story of GIS Arta is the newly-realized value of Starlink satellites by the US Department of Defense because of their resistance to near-peer electronic warfare capabilities. While it’s beyond a doubt that the donations by Starlink and SpaceX helped Ukraine’s military, Elon Musk has simultaneously solidified his brand in the international consciousness as a defense contractor-a development many might find controversial. 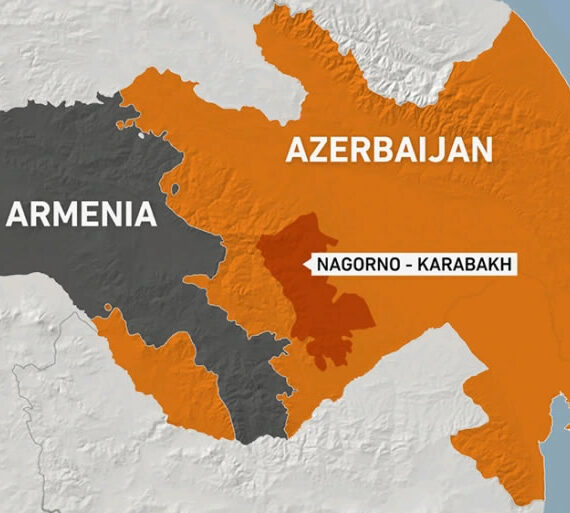 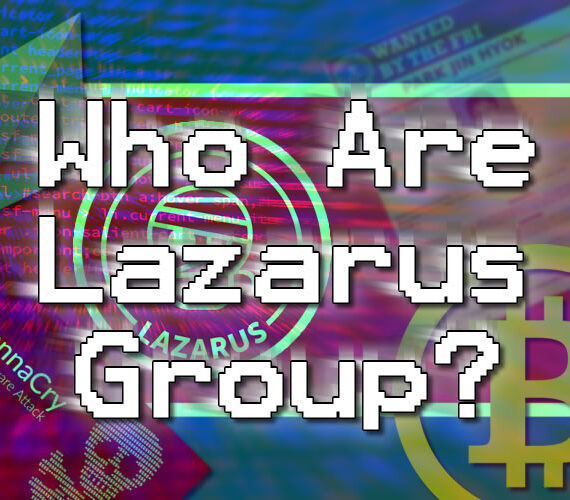 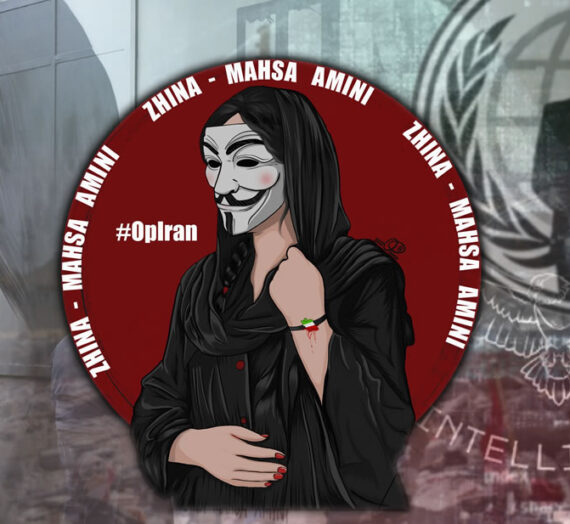